5 months old male child came with complaints of : Decreased movement of Rt lower limb since 2 weeks. Swelling along right thigh for 1 week. History of vaccination in the same thigh before 3 weeks.
History of on & off fever since 2weeks.
• Clinical Examination : Bony swelling along right proximal thigh. Relatively warm local site. No redness. Passive movement full at hip & knee joint.
• X ray both femora suggested Bony swelling along right proximal femur.
What Differential Diagnosis one can suspect ? ? Osteomyelitis right femur ?? Neoplasm of right femur
On further detailed examination, child had broad chin. There were no other swelling in body. We advised X ray of the skull which depicted subperiosteal bone deposition along ipsilateral mandible. This finding confirmed the diagnosis of Infantile cortical hyperostosis /Caffey’s disease. Patient was prescribed anti inflammatories on SOS bases. Patient did not require any antibiotic administration or biopsy of lesion. Patient improved uneventfully.
Caffey’s disease is a self-limiting inflammatory disorder of infants causing bone changes, soft tissue swelling and irritability. The swelling is sudden in onset and firm. It mainly affects axial skeleton involving mandible(80%), scapula, ribs, humerus, femur, fibula etc. Being self-limiting, it resolves on its own without treatment, usually within 6–9 months. !

2. Femur Fracture Sustained in an Infant as Birth Trauma

A newborn baby was referred to us with significant swelling along left thighand decreased movement of left lower limb. Child was born at term through difficult C- section owing to intra-uterine horizontal lie. On examination, the child had pain, swelling, tenderness over left thigh and inability to move the left lower limb. Crepitus could be felt on attempted movement. No other co-morbidities were identified. Local X-ray showed displaced fracture left femur shaft with 90° angulation of bone fragments.
Treatment options is What is the ideal treatment for this fracture? Following are conventional treatment of infants with femur fractures. 1. Traction, 2. Heel to groin plaster slab, 3. Cardboard splint Maintaining perineal hygiene and poor compliance is a big challenge with traction treatment. Plaster and cardboard splint may get loose (occasionally plaster slippage) and thus have very poor tolerance. Children may develop pressure sores over bone prominences within the plaster. Strapping or application of sticky taps can damage delicate skin of infants. Because of these issues, Pavlik Harness application is considered better treatment option for such fractures nowadays. Child was placed in Harness & the straps were adjusted according to body size & fractured fragments' directions.
Course of treatment:The child was comfortable in harness and there was no issue of compliance. Mother could comfortably feed the child. Pavlik harness was removed after 2 weeks and child was followed till 1 year. At 1 year, the child has the full painless range of motion with no obvious deformity and leg length discrepancy. X-ray demonstrated complete remodelling of the fracture without any limb length inequality.

DIVYA STOOD ON HER LEGS FIRST TIME IN HER LIFE, AT THE AGE OF 9 YEARS. Divya is a 9 years old girl, who was affected from a genetic disease wherein her bone matrix is deficient of collagen, making her bones prone to frequent fractures. The disease is known as " Osteogenesis Imperfecta". She was brought to Comprehensive Bone Health Clinic at Ortho kids & was assessed by a team of doctors including Dr.Shalmi Mehta & Dr.Ruchi Shah ( Pediatric Endocrinologists) and Dr.Maulin Shah ( Pediatric Orthopedic Surgeon). Two surgeries were done to correct her deformities & she was given the latest medical treatment to make her bones stronger. Parents are extremely happy to share their emotions : " Our daughter has stood on her legs for the first time in 9 years....".

It is an exciting moment for Team Orthokids. Rudra was 8 years old, when I saw him in very serious condition in a PICU. He was affected from septicaemia with multi organ failure. He had infection in right thigh with underlying femur. He was operated twice by me to eradicate the infection. Today, Rudra is 11 years old. He won the Gold Medal in whole Gujarat Kudo Championship held at Navsari. Father said he kicked the opponent with right - the affected leg to gain victory points. Parents were extremely happy & my joy was boundless..... 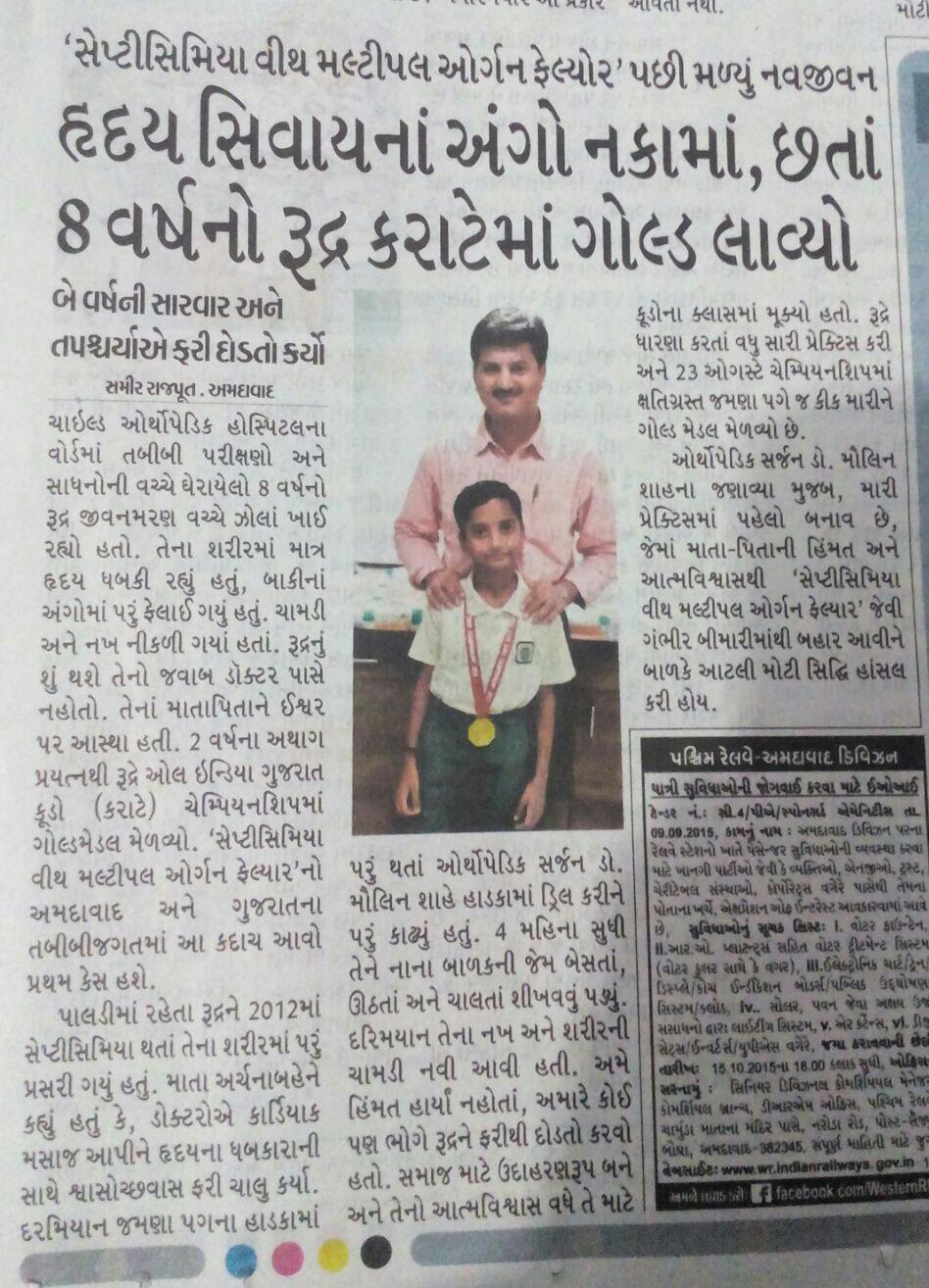 © 2015. All rights reserved by Orthokids Clinic 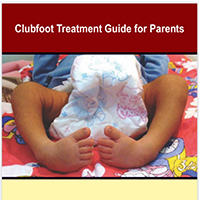